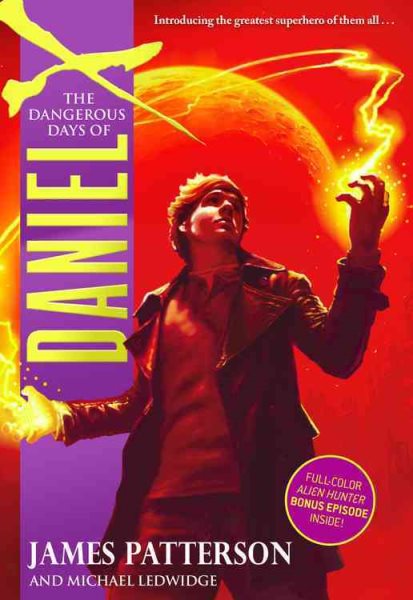 Possessing supernatural abilities that enable him to change animals, objects, and himself into any shape of his choosing, Daniel protects the earth from alien predators while seeking the entities responsible for the murders of his parents. Read More
The greatest superpower of all isn't to be part spider, part man, or to cast magic spells--the greatest power is the power to create. Daniel X has that power. Daniel's secret abilities -- like being able to manipulate objects and animals with his mind or to recreate himself in any shape he chooses -- have helped him survive. But Daniel doesn't have a normal life. He is the protector of the earth, the Alien Hunter, with a mission beyond what anyone's imagining. From the day that his parents were brutally murdered before of his very eyes, Daniel has used his unique gifts to hunt down their assassin. Finally, with the help of The List, bequeathed to him in his parents' dying breath, he is closing in on the killer. Now, on his own, he vows to take on his father's mission--and to take vengeance in the process. Read Less

Goodreads reviews for The Dangerous Days of Daniel X