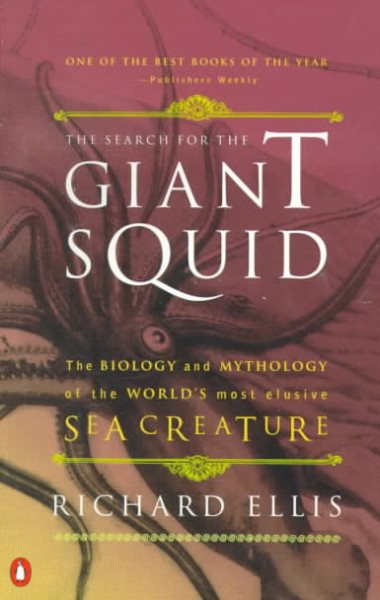 Presents a study of the mythology and biology of the real deep sea monster Architeuthis Read More
The most mysterious and elusive of all sea creatures, the giant squid--at least sixty feet long and weighing nearly a ton--is also one of the largest. Yet for all its magnificent size and threatening undersea presence, Architeuthis has remained a mystery. Until now. In this marvelous and beautifully illustrated book, marine biologist, explorer, and artist Richard Ellis presents all that is known about the giant squid. Delving into myth, literature, popular culture, and science, he brings readers face to face with this remarkable creature. He also provides a thorough, compelling study of what is known and what is still to be discovered about this exotic animal that has never been studied alive. Interweaving his engrossing narrative with a wealth of fascinating illustrations and photographs, Ellis gives us the first comprehensive history of the only living creature that can truly be called a "sea monster." Read Less

Goodreads reviews for The Search for the Giant Squid: The Biology and Mythology of the World's Most Elusive Sea Creature

On Thin Ice: The Changing World of the Polar Bear

No Turning Back: The Life and Death of Animal Species