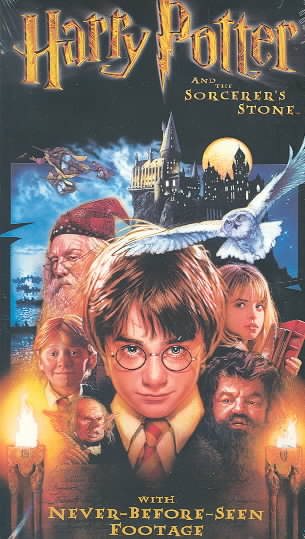 Rescued from the outrageous neglect of his aunt and uncle, a young boy with a great destiny proves his worth while attending Hogwarts School of Witchcraft and Wizardry. Read More
Chris Columbus's spellbinding film of J. K. Rowlings's magical bestseller is perhaps the year's most eagerly awaited home video release. Daniel Radcliffe stars as Harry Potter, who discovers that he is a wizard and is sent to Hogwarts School of Witchraft for his education. The all-British cast is a dream team of character actors born to play these iconic roles, including Robbie Coltrane as gentle giant Hagrid, Maggie Smith as Professor McGonagall, and Richard Harris as Professor Dumbledore. Read Less

Harry Potter & the Chamber of Secrets