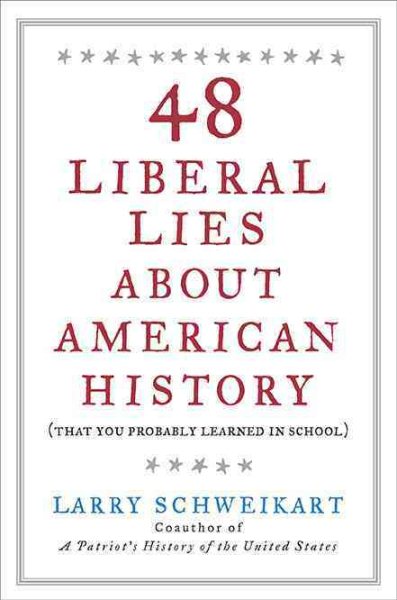 Challenges four dozen popular misconceptions about the United States' past, debunking beliefs about such topics as the separation of church and state, Lincoln's agenda behind the Emancipation Proclamation, and Truman's reasons for bombing Hiroshima. 25,000 first printing. Read More
A historian debunks four-dozen PC myths about our nation?s past. Over the last forty years, history textbooks have become more and more politically correct and distorted about our country?s past, argues professor Larry Schweikart. The result, he says, is that students graduate from high school and even college with twisted beliefs about economics, foreign policy, war, religion, race relations, and many other subjects. As he did in his popular A Patriot?s History of the United States, Professor Schweikart corrects liberal bias by rediscovering facts that were once widely known. He challenges distorted books by name and debunks forty-eight common myths. A sample: ? The founders wanted to create a ?wall of separation? between church and state ? Lincoln issued the Emancipation Proclamation only because he needed black soldiers ? Truman ordered the bombing of Hiroshima to intimidate the Soviets with ?atomic diplomacy? ? Mikhail Gorbachev, not Ronald Reagan, was responsible for ending the Cold War America?s past, though not perfect, is far more admirable than you were probably taught. Read Less

Goodreads reviews for 48 Liberal Lies About American History: (That You Probably Learned in School)

A Patriot's History of the United States: From Columbus's Gr...