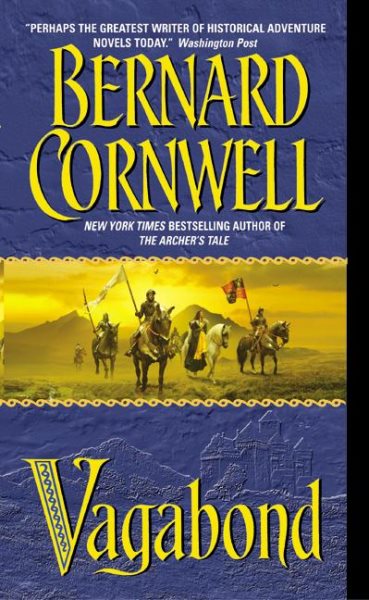 Young Thomas of Hookton has his first experience of naval warfare during the Hundred Years' War while pursuing his father's murderer, a man who also stole the Holy Grail from the Hookton family's ancient church. Read More
From New York Times bestselling author Bernard Cornwell, the sequel to The Archer's Tale—the spellbinding tale of a young man, a fearless archer, who sets out wanting to avenge his family's honor and winds up on a quest for the Holy Grail.In 1347, a year of conflict and unrest, Thomas of Hookton returns to England to pursue the Holy Grail. Among the flames of the Hundred Years War, a sinister enemy awaits the fabled archer and mercenary soldier: a bloodthirsty Dominican Inquisitor who also seeks Christendom's most holy relic. But neither the horrors of the battlefield nor sadistic torture at the Inquisitor's hands can turn Thomas from his sworn mission. And his thirst for vengeance will never be quenched while the villainous black rider who destroyed everything he loved still lives."Cornwell writes the best battle scenes of any writer I've read past or present."—George R.R. Martin Read Less