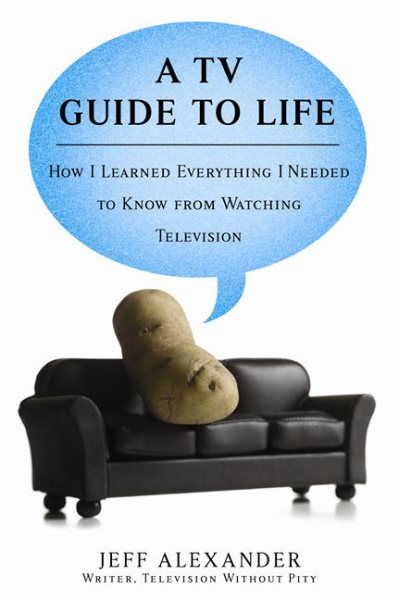 A longtime television writer and advocate of education by TV shares the important life lessons that he has garnered from years of dedicated television viewing, covering topics ranging from Saved by the Bell: School on TV, to Tell Me Why I Love Your Like I Do: Relationships on TV, or Somebody Save Me: Super Powers and Magic Spells. Original. Read More
Read Jeff Alexander's posts on the Penguin Blog.A couch potato’s book of wisdom— 100% commercial free! Some say that entire generations of Americans are being raised by the television…like that’s a bad thing. Not so, says author Jeff Alexander, long-time television writer, advocate of education by television, and recapper for the popular website Television Without Pity. Here, he offers the ultimate in life lessons as seen on TV. Topics include: • Saved by the Bell: School on TV • Somebody Save Me: Super Powers and Magic Spells • Tell Me Why I Love You Like I Do: Relationships on TV • Making A Living: The Workplace • And more With a smart, snarky style, Alexander guides readers through important lessons gleaned from years of TV reviewing (now in convenient book form!), freeing up a whole new generation to learn other things, like how to cure cancer or solve world hunger…or anything more useful than watching TV (Author’s note: Just joking… there is no such thing). Read Less

Goodreads reviews for A TV Guide to Life: How I Learned Everything I Needed to Know From Watching Television

The Art of the Start: The Time-Tested, Battle-Hardened Guide...