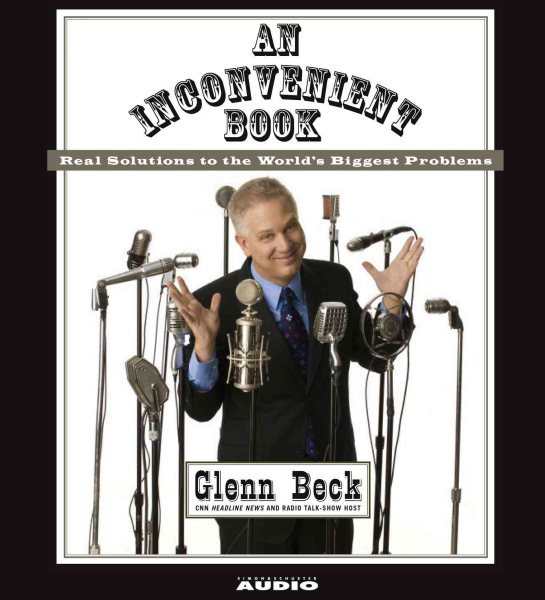 The host of the popular CNN Headline News television show and conservative radio talk-show personality presents his perspectives on issues ranging from nuclear technology in the Middle East and poor education ratings to the obesity epidemic and rising gas prices. Read More
FUNNY.OUTRAGEOUS.TRUE.Have you ever wondered why some of the biggest problems we face, from illegal immigration to global warming to poverty, never seem to get fixed? The reason is simple: the solutions just aren't very convenient. Fortunately, radio and television host Glenn Beck doesn't care much about convenience; he cares about common sense.Take the issue of poverty, for example. Over the last forty years, America's ten poorest cities all had one simple thing in common, but self-serving politicians will never tell you what that is (or explain how easy it would be to change): Glenn Beck will (see chapter 20).Global warming is another issue that's ripe with lies and distortion. How many times have you heard that carbon dioxide is responsible for huge natural disasters that have killed millions of people? The truth is, it's actually the other way around: as CO2 has increased, deaths from extreme weather have decreased. Bet you'll never see that in an Al Gore slide show.An Inconvenient Book contains hundreds of these same "why have I never heard that before?" types of facts that will leave you wondering how political correctness, special interests, and outright stupidity have gotten us so far away from the commonsense solutions this country was built on.As the host of a nationally syndicated radio show, The Glenn Beck Program, and a prime-time television show on CNN Headline News, Glenn Beck combines a refreshing level of honesty with a biting sense of humor and a lot of research to find solutions that will open your eyes while entertaining you along the way. Read Less

Goodreads reviews for An Inconvenient Book: Real Solutions to the World's Biggest Problems