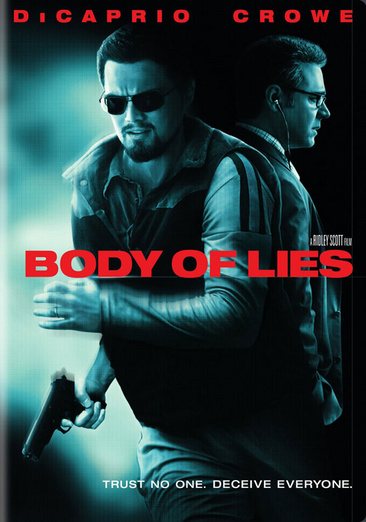 As CIA operative Roger Ferris makes plans to infiltrate a terrorist network operating in Jordan, he starts to question the motives of the Jordanian man helping him on the ground and a CIA colleague back in the United States. Read More
Roger Ferris (DiCaprio) is the best man U.S. Intelligence has on the ground, in places where human life is worth no more than the information it can get you. In operations that take him around the globe, Ferris' next breath often depends on the voice at the other end of a secure phone line - CIA veteran Ed Hoffman (Crowe). Strategizing from a laptop in the suburbs, Hoffman is on the trail of an emerging terrorist leader who has orchestrated a campaign of bombings while eluding the most sophisticated intelligence network in the world. To lure the terrorist out into the open, Ferris will have to penetrate his murky world, but the closer Ferris gets to the target, the more he discovers that trust is both a dangerous commodity and the only one that will get him out alive. Read Less

The Wolf of Wall Street