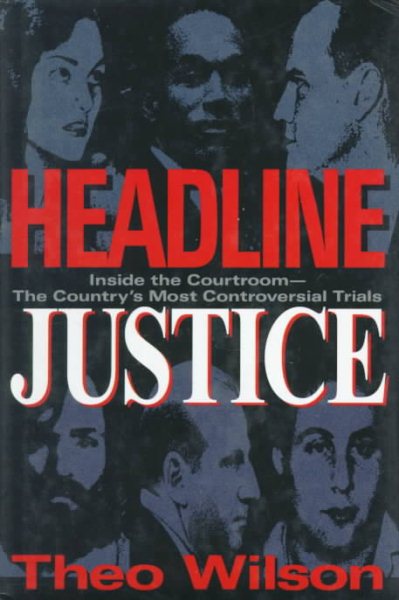 A leading journalist provides an inside look at some of America's most notorious trials of the twentieth century, including the cases of Charles Manson, Jean Harris, Claus von Bulow, and Patty Hearst Read More
From the 1950s through the 1980s Theo Wilson, described as "the greatest trial reporter in the U.S." covered every major court case for the New York Daily News. Drawing on the lessons of trials past and the insights which made her a cult figure among her readers, Theo tells a colorful story of the vanished world of respectable tabloid journalism and one reporter's unique impact on her profession and America's legal system.Lawyers and judges considered her an authority to be reckoned with, and readers knew she would never mislead them. Woven through these tales is a story of American journalism as it used to be practiced by a breed of spirited, witty, brilliant writers and editors dedicated to reporting the truth.Including the trials of Sam Sheppard, Jack Ruby, Charles Manson, Claus Von Bulow, Patty Hearst, John DeLorean, Angela Davis, Sirhan Sirhan, and Son of Sam. Read Less

Goodreads reviews for Headline Justice: Inside the Courtroom : The Country's Most Controversial Trials

Speaking Out: The Reagan Presidency from Inside the White Ho...

Family: The Ties That Bind and Gag!