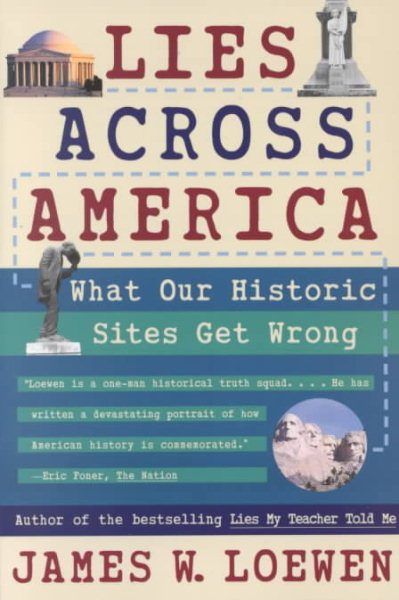 Examines more than one hundred sites that promote incorrect interpretations of history and raises questions about what Americans choose to commemorate. Read More
In Lies Across America, James W. Loewen continues his mission, begun in the award-winning Lies My Teacher Told Me, of overturning the myths and misinformation that too often pass for American history. Lies Across America is a one-of-a-kind examination of sites all over the country where history is literally written on the landscape, including historical markers, monuments, historic houses, forts, and ships. With one hundred entries, drawn from every state, Loewen reveals that: The USS Intrepid, the "feel-good" war museum, celebrates its glorious service in World War II but nowhere mentions the three tours it served in Vietnam. The Jefferson Memorial misquotes from the Declaration of Independence and skews Thomas Jefferson's writings to present this conflicted slaveowner as an outright abolitionist. Abraham Lincoln had been dead for thirty years when his birthplace cabin was built! Lies Across America is a reality check for anyone who has ever sought to learn about America through our public sites and markers. Entertaining and enlightening, it is destined to change the way we see our country. Read Less

Goodreads reviews for Lies Across America: What Our Historic Sites Get Wrong

Lies My Teacher Told Me : Everything Your American History T...