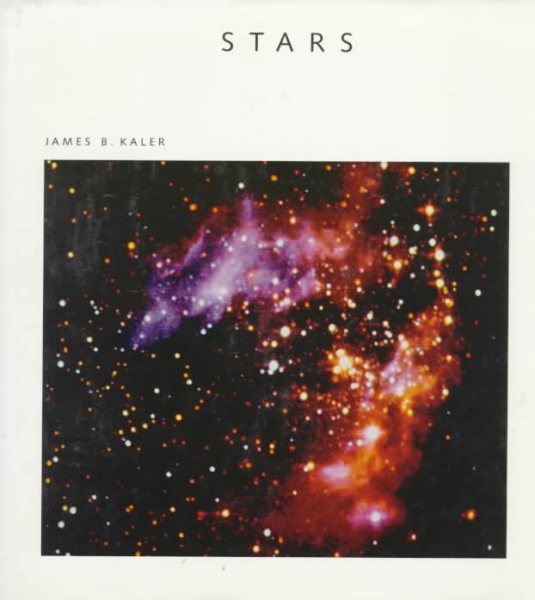 Kaler (astronomy, U. of Illinois) both charts the development of the science of astronomy and describes the current knowledge of the nature of stars, with a chapter devoted to the specific characterization of the sun. Thoroughly, and often spectacularly, illustrated. Annotation copyright Book News, Inc. Portland, Or. Read More
Stars are the primary converters of matter into energy in the Universe, the ultimate sources and sustainers of life. What appear to be solid, fixed objects in the distant sky are actually turbulent spheres of glowing gas fueled by intense nuclear reactions that create all of the heavier elements and eject them into space. With the exception of hydrogen and helium, the atoms that make up the planets and moons, the Earth, and all forms of life, including ourselves, originated from a dying star somewhere in the vastness of the cosmos.In this elegantly written and illustrated volume from the Scientific American Library, James B. Kaler explores the nature of stars, describing our current knowledge of their origin, variety, distribution, composition, and distinctive histories. Dr. Kaler demonstrates that stars are the key to our comprehension of how the Universe evolved - that the development, death, and birth of stars is intimately associated with our own origins and continued existence.From the calculations of Eratosthenes and Aristarchus to recent estimates of galactic motion and theories about dark matter, Stars charts the development of the science of astronomy. The first half of the book moves from earliest myths and folklore to the initial attempts at sky mapping and measurement; from the revolutionary discoveries of Copernicus, Galileo, Tycho Brahe, Kepler, and Newton, to Hubble's constant of universal expansion and other theoretical milestones; from rudimentary seventeenth-century instrumentation to the massive reflectors, radio telescopes, and satellite observations that continue to expand our knowledge of the heavens.The centerpiece of Stars is, appropriately, its chapter on the Sun. This vivid characterization of the star that sustains life on Earth serves as a starting point for Dr. Kaler's chronicle of the stellar life cycle - a series of chapters that concludes the narrative by describing the predictable development of lower-mass stars like the Sun and the evolution of high-mass stars, whose spectacular deaths generate supernovae, pulsars, neutron stars, and the enigmatic black holes. Read Less

By Kaler, James B.