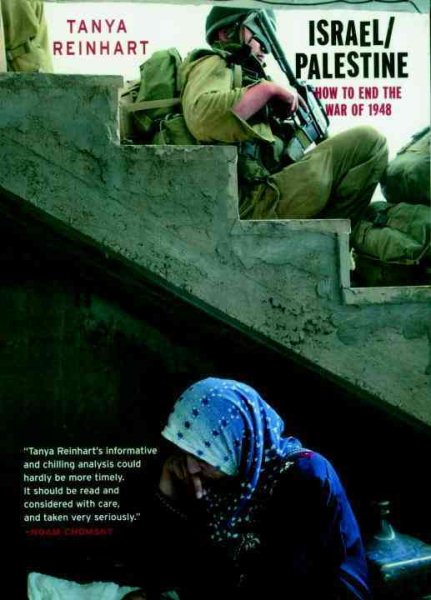 Argues that the Israeli government wants to annex the West Bank, and has not negotiated in good faith, and proposes acknowledging Israel's role in creating Arab refugees, and complete withdrawal from occupied territories. Read More
In Israel/Palestine, Reinhart traces the development of the Security Barrier and Israel’s new doctrine of "disengagement," launched in response to a looming Palestinian-majority population. Examining the official record of recent diplomacy, including United States–brokered accords and talks at Camp David, Oslo, and Taba, Reinhart explores the fundamental power imbalances between the negotiating parties and identifies Israel’s strategy of creating facts on the ground to define and complicate the terms of any future settlement. In this indispensable primer, Reinhart’s searing insight illuminates the current conflict and suggests a path toward change. Read Less

Goodreads reviews for Israel/Palestine: How to End the War of 1948

The Road Map to Nowhere: Israel/Palestine Since 2003

The Faith: What Christians Believe, Why They Believe It, and...