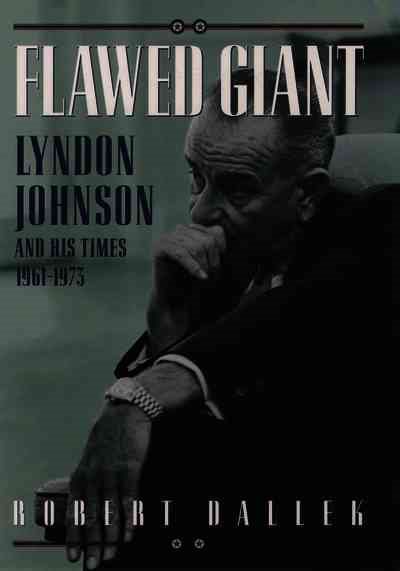 Based on hundreds of newly released tapes and extensive interviews, the author reveals the complexities of Lyndon Johnson during his presidency Read More
Dallek takes us through Johnson's tumultuous years in the White House, his unprecedented accomplishments there, and the tragic war that would be his downfall.Drawing on hundreds of newly released tapes and extensive interviews with those closest to LBJ - including fresh insights from Lady Bird and his press secretary Bill Moyers - Dallek takes us behind the scenes to give us a portrait of Johnson that is at once even-handed and completely engrossing. We see Johnson as the visionary leader who worked his will on Congress like no president before or since, enacting a range of crucial legislation, from Medicare, Clean Air and Water Acts, the establishment of the National Endowments for the Arts and for the Humanities, and Public Broadcasting to the most significant advances in civil rights for black Americans ever achieved. And we see for the first time the depth of Johnson's private anguish as he became increasingly ensnared in Vietnam, a war he did not want to expand and which destroyed his hopes for The Great Society and a second term. Read Less

Goodreads reviews for Flawed Giant: Lyndon Johnson and His Times, 1961-1973