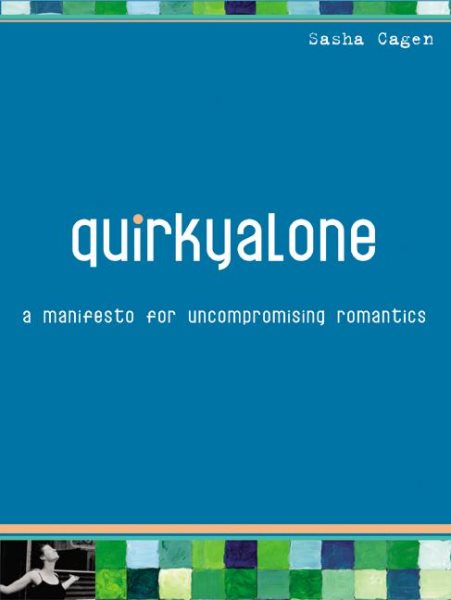 Discusses of the lifestyle and psychology of living as a single man or woman, and argues the validity of singleness as a personal choice. Read More
A funny, upbeat, inspiring guide for all those singles who identify with enjoying their unique lifestyles while waiting for the right romance to come along. A celebration of the discerning singles everywhere–the quirkyalone! There was a time when a single woman over 25 was called an old maid. Mothers fretted these unfortunate creatures might be condemned to a committing a crime of tragic proportions: living a life of eternal spinsterhood. Fortunately, in the 21st century, tv shows like Sex and the City affirm that it's more than ok – it's cool to be single. Sasha Cagen has coined the term that defines the lonely romantic who prefers her (or his) own company to that of a less desirable counterpart. Defining "singledom as a natural resting state" for quirkyalones, Cagen's guide is the best kind of self–empowerment: incisive, savvy, hilarious. Equal parts self–help and hilarious pop culture, QuirkyAlone is self–empowerment for the wise people of the world. Including quizzes, lists, it's not–your–average–relationship–book. Read Less

Goodreads reviews for Quirkyalone: A Manifesto for Uncompromising Romantics

To-Do List: From Buying Milk to Finding a Soul Mate, What Ou...