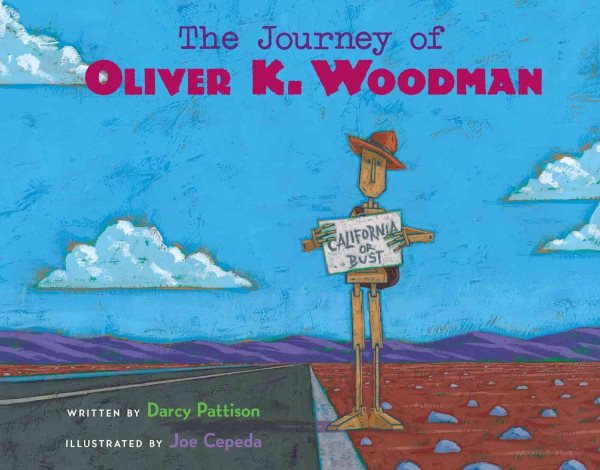 Oliver K. Woodman, a man made of wood, takes a remarkable journey across America, as told through the postcards and letters of those he meets along the way. Read More
Have you seen Oliver K. Woodman? You'd know if you had--he's made of wood. And he's on a spectacular cross-country journey. Folks of all sorts guide Oliver along the way and report back in letters and postcards to his friend Uncle Ray. After all, there's a lot of road--and adventure!--between South Carolina and California. Oliver's been spotted truckin' in Texas, riding in a Utah parade, and scaring off bears in the California redwoods. Where will he show up next? Read the letters. Follow the map. And buckle up for a road trip you'll never forget! Read Less

Goodreads reviews for The Journey of Oliver K. Woodman

A Girl, a Boy, and a Monster Cat

What A Truly Cool World