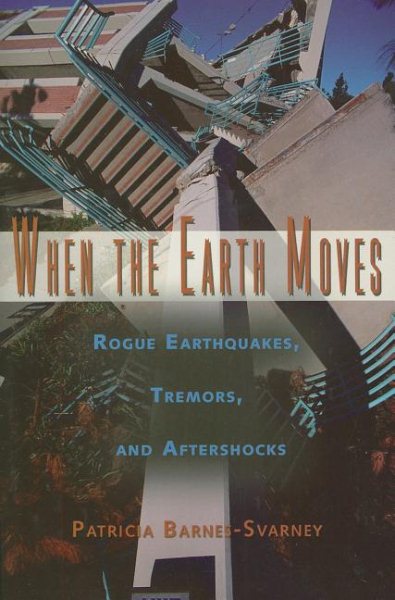 An evaluation of earthquake hotspots offers insight into the dangers associated with earthquake activity while discussing the vulnerabilities of regions that are less susceptible to earthquakes, in a geological chronicle that places emphasis on lesser-known fault sites. Original. Read More
Unlike other natural disasters, scientists are far less able to predict an earthquake ? and even the places that are prone to earthquakes still do not and cannot prepare. Our most notorious earthquakes come from earthquake zones located at the boundaries of tectonic plates (irregular-shaped chunks of the Earth's crust), in most cases near a belt of volcanoes at the edges of moving plates encircling that ocean called the "Ring of Fire." But what about shaking in the wrong places? Consider the New Madrid Fault Zone right next to the Mississippi River; fractures in the crust that run through parts of New York, central North Carolina, and New Mexico; and a long sinuous cracked ridge from Utah to Montana. These are especially vulnerable areas, and much of our population is unaware that the threat of an earthquake is quite likely to occur.When the Earth Moves is a lively and accessible account of everything you wanted to know about the fault line that runs through Manhattan's Upper West Side, tsunamis, and volcanoes in the sea ? and how to prepare yourself for the earthquake that just might be waiting in your own backyard. Read Less

Goodreads reviews for When the Earth Moves: Rogue Earthquakes, Tremors, and Aftershocks