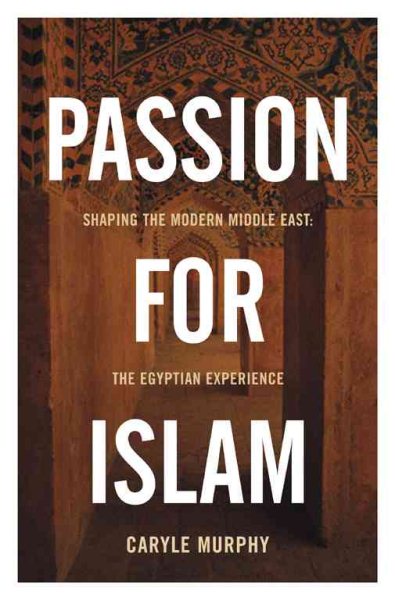 "Islam's revival is reshaping Egypt and other Arab countries in ways beyond violent politics. The ye... Read More
"Islam's revival is reshaping Egypt and other Arab countries in ways beyond violent politics. The yearning for personal solace, a just political system, indigenous lifestyles, and relevant theology all await satisfaction....Just as the Nile runs through Egypt for almost eight hundred miles, giving it life, so also the Straight Way, the way of Allah, runs through it, beckoning its people. The search by Egypt's Muslims for a modern understanding of the Straight Way is the essence of today's passion for Islam." -- from Chapter 1, "First Verses" Written by a Pulitzer Prize-winning journalist, this authoritative and enthralling primer on the modern face of Islam provides one of the most comprehensive accountings for the roots of religious terrorism and Middle Eastern strife. Over decades, a myriad of social, political, and religious factors has made today's Middle East a combustible region and has contributed to Islam's new power and turmoil. Passion for Islam uses one particular country, Egypt, as a lens through which to show how these forces play out across the area, allowing terrorism to gain a foothold. Through the personal experiences and observations of individual Egyptians encountered during her five years as the Washington Post's Cairo bureau chief, veteran journalist Caryle Murphy explores how Islam's contemporary revival is unfolding on four different levels: "Pious Islam" highlights the groundswell of grassroots piety that has created more Islamic societies; "Political Islam" examines how Islamists, using both violent and peaceful means, are reshaping the region's authoritarian secular political order and redefining Islam's role in the public arena; "Cultural Islam" looks at Egyptian efforts to resist a ubiquitous Western culture by asserting an Islamic identity; "Thinking Islam" reveals how intellectuals are reexamining their theological heritage with the aim of modernizing Islam. Representing years of exhaustive research, Passion for Islam also looks at how the tortured Israeli-Palestinian conflict has contributed to the region's religious ferment and political tumult. By revealing the day-to-day ramifications of all these issues through the eyes of Egyptian intellectuals, holy men, revolutionaries, and ordinary citizens, Passion for Islam brings an unparalleled vitality and depth to Western perceptions of Middle Eastern conflict. Read Less

Feminism Without Illusions: A Critique of Individualism

Where the Right Went Wrong: How Neoconservatives Subverted t...