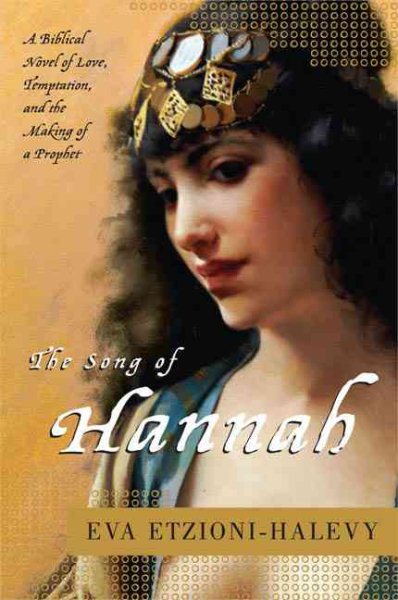 Once close childhood friends, Hannah and Pninah are now rivals for the attention of their husband Elkanah, but they must put aside their differences to protect themselves, their husband, and Hannah's son, Samuel, a man who is destined to become one of the great prophets of the Jewish people. Reader's Guide available. Original. Read More
In the tradition of the international bestseller The Red Tent comes a beautiful, sexy novel featuring Hannah, one of the most well-known and beloved heroines of the Old Testament. Hannah and Pninah, once close childhood friends, become rivals for the attention of Elkanah, the man who has married them both. Pninah, passionate and independent, easily bears Elkanah many children, but bitter that he has taken her friend as a second wife, seeks fulfillment with her own secret lover. Hannah, the epitome of goodness and grace, remains completely devoted to her husband, but remains childless for many years, until a promise to God brings her the son she has yearned for. Despite their differences, these two women must learn to live together, protecting their own interests as well as each other’s, while sharing not only the love of their husband, but that of Hannah’s son Samuel, who will become one of the great prophets of the Jewish people. Read Less

Goodreads reviews for The Song of Hannah: A Novel

The Triumph of Deborah

The Garden of Ruth

The Night Before the Tooth Fairy