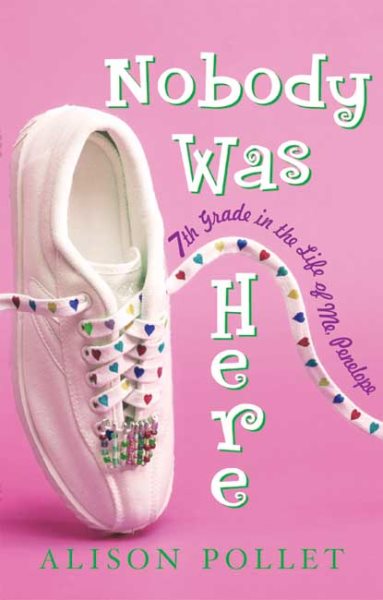 Life in New York in the 1980s is made more difficult for a middle school girl by problems at home and at school. Read More
In a debut that lives somewhere between Harriet the Spy and Judy Blume, Alison Pollet brings us the story of Penelope, who's having trouble at home and at her fancy New York private school.It's 1981, and nothing is going right in Penelope's life. She has just started seventh grade at Elston Prep, and she and her best friend Stacey aren't getting along. Stacy is all caught up in who's wearing what to whose Bar Mitzvah, and has even become friends with Annabella and Pia, two of the biggest snobs at Elston! At home, things are no better: there's a new mother's helper to contend with, and Penelope's little brother Nathaniel just won't leave her alone. And when her parents are at home--which is rare--all they do is fight. Read Less

Goodreads reviews for Nobody Was Here: Seventh Grade in the Life of Me, Penelope

The Pity Party: 8th Grade in the Life of Me, Cass

Nobody Was Here: Seventh Grade In The Life Of Me: Penelope