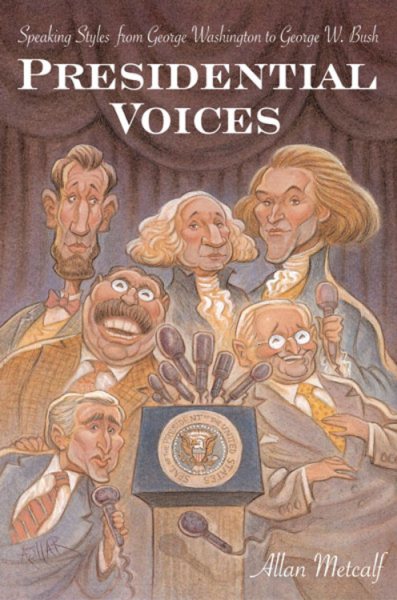 A professor of English and expert on American language examines the broad sweep of presidential speech, identifying the various ways in which presidents have communicated with the American public and their rhetorical expectations of his role. Read More
Perhaps more than anyone else, politicians are what they say ? and how they say it. In Presidential Voices, Metcalf examines both how the presidents have spoken to the American public and how the American public has wanted its presidents to speak. Drawing on a wide variety of sources, Metcalf shows what contemporaries have said about the chief speakers in the White House. He explores the distinctive words that our presidents favored (and in many cases coined), along with the regional accents that livened the Oval Office. In addition, he uncovers the hidden influence of speechwriters and the changing media on how presidents present themselves to voters. He concludes his survey of presidential speech with entertaining linguistic portraits of all forty-three presidents. From Silent Cal to the Great Communicator, Presidential Voices sheds new and original light on the ways in which our commanders in chief have commanded the language. After reading this book, you will never again take what our president says for granted. Read Less

America in So Many Words: Words That Have Shaped America

Predicting New Words: The Secrets of Their Success