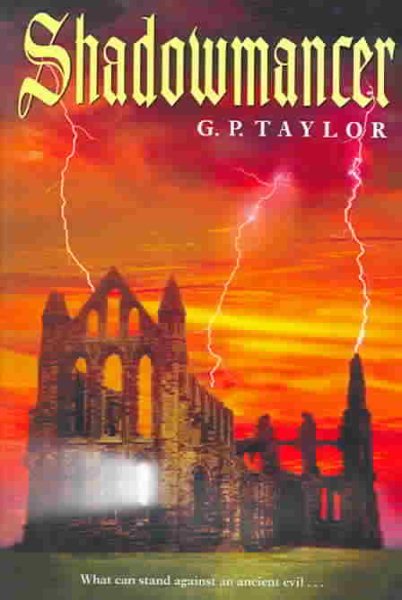 When Obadiah Demurral, the power-hungry Vicar of Thorpe, attempts to become a god by dabbling in magic, Raphah (who has come from Africa to get back the artifact stolen from his Temple and sold to Demurral) joins forces with Kate and Thomas to stop him. Read More
?NEW YORK TIMES BEST SELLER This novel, Shadowmancer, reached #1 on the New York Times Best Sellers List in 2004 and has been translated into 48 languages. The second novel, Wormwood is another New York Times best seller which was nominated for a Quill Book Award.  G. P. Taylor also authored The Shadowmancer Returns: The Curse of Salamander Street, Tersias the Oracle, and Mariah Mundi.  Obadiah Demurral no longer wants to worship God...He wants to be God!  Vicar Obadiah Demurral isn&#39;t satisfied running the affairs of his village—he foolishly wants to control the world.  And if his plan works, he will obtain a weapon so powerful that all of creation will fall down at his feet.  Demurral will stop at nothing—even commanding restless souls to do his bidding.  Who will stand against him?  Raphah, a young man on a godly mission, has come a long distance to reclaim the ancient relic Demurral has stolen—dangerously volatile in the wrong hands—but he can&#39;t do it alone.  Even younger are Thomas and Kate, accidentally drawn into this ongoing war between good and evil.  Their struggle against Demurral brings them face-to-face with the powers of darkness in this unforgettable epic battle.  G.P. Talyor&#39;s first novel takes readers on a breathtaking voyage, full of suspense and intrigue, where fallen angels and demonic forces come in the night and where the ultimate sacrifice might even be life itself. Read Less

Goodreads reviews for Shadowmancer: What can stand against an ancient evil. . .