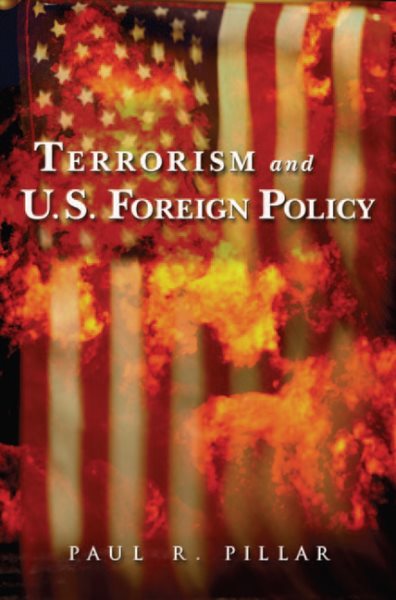 A former deputy chief of the Counterterrorist Center at the US Central Intelligence Agency, Brookings fellow Pillar argues that the only two significant terrorist attacks in the US at the time of his writings were not senseless at all. The first bombing of the World Trade Center and the Murrah Building, he says, were well calculated, hit carefully chosen targets, and addressed identifiable issues of the people who carried them out. Other reactions to attacks than uncompromising confrontation would better serve not only other interests of the US, he says, but also the war against terrorism itself. Annotation c. Book News, Inc., Portland, OR (booknews.com) Read More
The United States government-backed by the overwhelming support of the American public-takes a hard line against international terrorism. The tenets of official U.S. counterterrorist policy are: make no concessions or deals with terrorists; bring them to justice for their crimes; isolate and apply pressure on states that sponsor terrorism; and bolster the counterterrorist capabilities of countries willing to work with the United States. While these tenets are sound principles, their application, specifically overseas, raises difficult questions. Does the "no deal" policy actually deter terrorists acts? Are there cases where agreements might reduce terrorism, while advancing other U.S. interests? Do isolation and pressure really force offending states to alter their support for terrorists? What factors affect the willingness, not just the capability, of foreign governments to help the United States in counterterrorism? In this critical study, a career CIA officer provides a guide to constructing and executing counterterrorist policy, urging that it be formulated as an integral part of broader U.S. foreign policy. In the first four chapters, Paul R. Pillar identifies the necessary elements of counterterrorist policy, he examines why the United States is a prime terrorist target, and he reveals why the counterterrorist policies that seem strongest are not always the most effective. Chapter 5 examines the widely varying nature of terrorist groups and the policy tools most appropriately applied to them. Chapter 6 focuses on states that sponsor terrorism (including Iran, Libya, North Korea, and Cuba), along with those that enable it to occur (particularly Greece and Pakistan). Pillar examines ways in which the American public's perspective toward terrorism can actually constrain counterterrorist policy, and he concludes that terrorism cannot be "defeated" only reduced, attenuated, and to some degree, controlled. The final chapter summarizes his recommendations for amending U.S. policy. Read Less

Fats That Heal, Fats That Kill: The Complete Guide to Fats,...