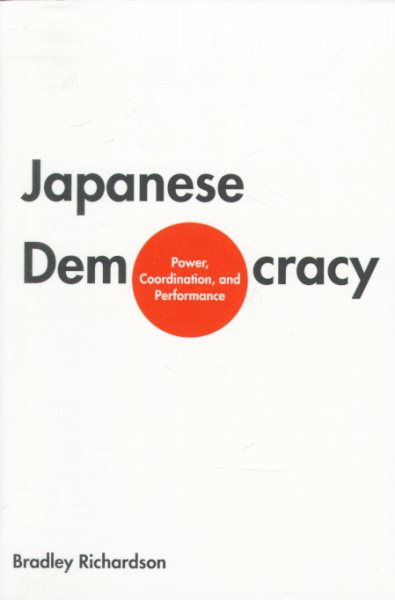 In this new analysis of democracy in Japan, Bradley Richardson refutes the widely accepted hypo... Read More
In this new analysis of democracy in Japan, Bradley Richardson refutes the widely accepted hypothesis that postwar Japan has been a semiauthoritarian and consensual state, heavily influenced by corporations and led by the government bureaucracy. On the contrary, Richardson's extensive newspaper and documentary research shows that Japanese political life has been extremely fragmented and discordant at all levels--in the bureaucracy, legislatures, parties, and interest groups, and in business and industry. Even the seemingly invulnerable Liberal Democratic Party (LDP), which ruled Japan for thirty-eight years, experienced rampant internal conflict. Now, the author contends, despite changes in political alignments since the collapse of the LDP in 1993, politics continues much as before.In Japanese Democracy, Richardson explores power relationships and demonstrates how Japan's political system is unlike Great Britain's and similar to those of the United States and Italy, where politics is decentralized and decisions are made at many levels. He draws some important conclusions: that Japan's postwar industrial policy has not always been successful, that the country is as much an economic welfare state as it is an economic "miracle," and that the lack of strong leadership has kept Japan from playing a more assertive role in the international arena. As in the United States, private interests hold central policymaking processes hostage, and weak leadership prevails. Read Less

The Political Culture of Japan (Center for Japanese Studies,...

Peace In The Making

Nasty People: How to Stop Being Hurt by Them without Stoopin...