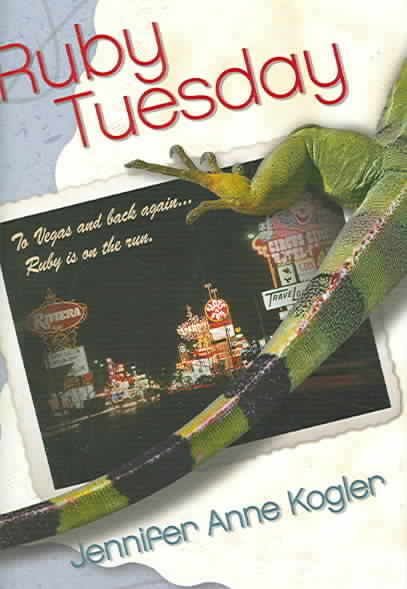 After winning millions on a World Series bet, Ruby Tuesday’s father finds himself in a world of trouble as thugs go after him to steal his prize and so causes Ruby Tuesday and her mother to hit the road to Vegas to help make sure he finds a safe place to stay before it’s too late. Read More
Plenty of girls have trouble relating to their parents. Few have to turn to a dictionary for help. Ruby Tuesday Sweet keeps a battered webster's by her side -- but when her dad tunes in to eight baseball games at a time on his wall of TVs, his talk of parlays and chalks and spreads keeps Ruby mystified. Then the Dodgers win the World Series, Ruby Tuesday's dad wins a bet, and his bookie is murdered. Ruby finds herself on the run to Las Vegas with her long-lost rock-and-roll mom in a race against the thugs who want Mr. Sweet's winning ticket. A rare breakthrough novel, Ruby Tuesday is the story of a gambling father, a card-shark grandmother, and a family of women inhabiting a Vegas casino. At the center of it all is the girl who never noticed they were different. Read Less

Nasty People: How to Stop Being Hurt by Them without Stoopin...