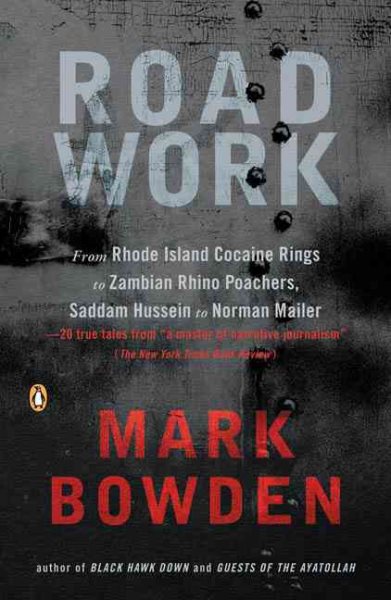 The author presents a collection of his journalism, from uncovering a cocaine ring in a small Rhode Island town to profiling Saddam Hussein. Read More
Anyone who has read Mark Bowden’s Black Hawk Down or Killing Pablo knows that he is capable of putting us in the heat of a story in a way few writers can. Road Work gathers the best of his award-winning writing, from his breakout stories for the Philadelphia Inquirer to his influential pieces in the Atlantic on the conflicts in Afghanistan and Iraq. Whether traveling to Zambia, where a team of antipoachers fights to save the black rhino, to Guantánamo Bay to expose the controversial ways America is fighting its war on terror, or to a small town in Rhode Island to penetrate the largest cocaine ring in history, Bowden takes us down rough roads previously off limits—and gives us another gripping read. Read Less