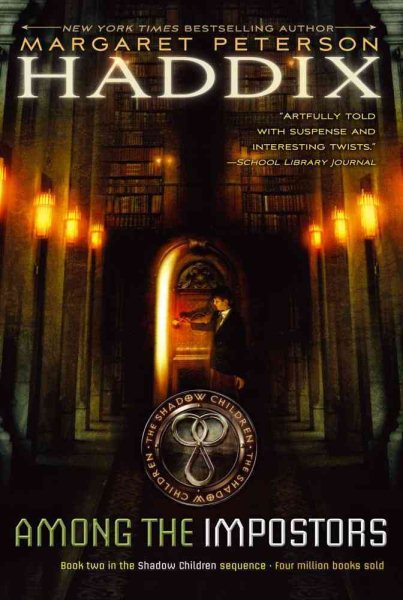 In a future where the law limits a family to only two children, third-born Luke has been in hiding for the entire twelve years of his life, until he enters boarding school under an assumed name and is forced to face his fears. Read More
OUT OF HIDING. INTO DANGER. Luke Garner is an illegal third child. All his life has been spent in hiding. Now, for the first time, Luke is living among others. He has assumed a deceased boy's identity and is attending Hendricks School for Boys, a windowless building with cruel classmates and oblivious teachers. Luke knows he has to blend in, but he lives in constant fear that his behavior will betray him. Then one day Luke discovers a door to the outside. He knows that beyond the walls of Hendricks lie the secrets he is desperate to uncover. What he doesn't know is whom he can trust -- and where the answers to his questions may lead him... Read Less

Goodreads reviews for Among the Impostors (2) (Shadow Children)

Among the Hidden (Shadow Children #1)

Running Out of Time