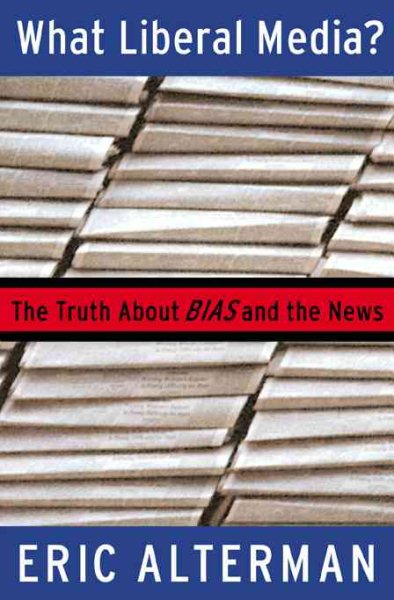 A scathing and witty investigation into who really controls the media. Read More
The question of whose interests the media protects—and how—has achieved holy-grail-like significance. Is media bias keeping us from getting the whole story? If so, who is at fault? Is it the liberals who are purported to be running the newsrooms, television and radio stations of this country, duping an unsuspecting public into mistaking their party line for news? Or is it the conservatives who have identified media bias as a reliably inflammatory rallying cry around which to consolidate their political base as they cynically “work the refs?” The media has become so pervasive in our lives that regardless of exactly where on the ideological fence you sit, the question of media bias has become all but unavoidable.Most of the criticism (and anger) has so far emanated from the political Right, which has offered us the rather unconvincing argument that a systematic Left bias is destroying the quality of news and debate in our country today. Journalist and historian Eric Alterman begs to differ.What Liberal Media? confronts the question of liberal bias and, in so doing, provides a sharp and utterly convincing assessment of the realities of political bias in the news. In distinct contrast to the conclusions reached by Ann Coulter, Bernard Goldberg, Sean Hannity, and Bill O’Reilly, Alterman finds the media to be, on the whole, far more conservative than liberal, though it is possible to find evidence for both views. The fact that conservatives howl so much louder and more effectively than liberals is one significant reason that big media is always on its guard for “liberal” bias but gives conservative bias a free pass. After reading What Liberal Media? you will understand that the real news story of recent years is not whether this newspaper, or that news anchor, is biased but rather to what extent the entire news industry is organized to communicate conservative views and push our politics to the right—regardless of how “liberal” any given reporter may be. Read Less

Goodreads reviews for What Liberal Media?: The Truth About Bias and the News

When Presidents Lie: A History of Official Deception and Its...

What Liberal Media?: The Truth about Bias and the News