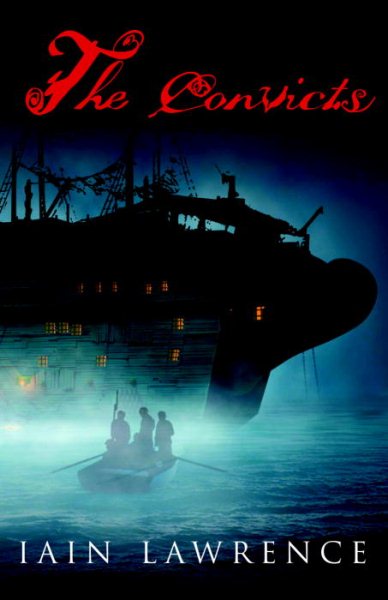 His efforts to avenge his father's unjust imprisonment force thirteen-year-old Tom Tin into the streets of nineteenth-century London, but after he is convicted of murder, Tom is eventually sent to Australia where he has a surprise reunion. Read More
After seeing his father hauled off to debtor’s prison, Tom Tin sets out to take revenge on Mr. Goodfellow, the man responsible for his family’s misfortunes. But the fog-filled London streets are teeming with sinister characters. Tom encounters a blind man who scavenges the riverbed for treasure—and wants what Tom digs up; Worms, a body snatcher who reveals a shocking surprise; and a nasty gang of young pickpockets who mistake Tom for someone ominously known as the Smasher. And ultimately, Tom comes up against the cruel hand of the law. Accused of murder, Tom is given a seven-year sentence. He is to be transported to Van Diemen’s Land with other juvenile convicts. But Tom can’t abide life on the Hulk, the old ship where the boys are temporarily held. He decides to escape. But if he’s to succeed, his luck needs to turn. . . . Read Less

Goodreads reviews for The Convicts

The Smugglers (The High Seas Trilogy)