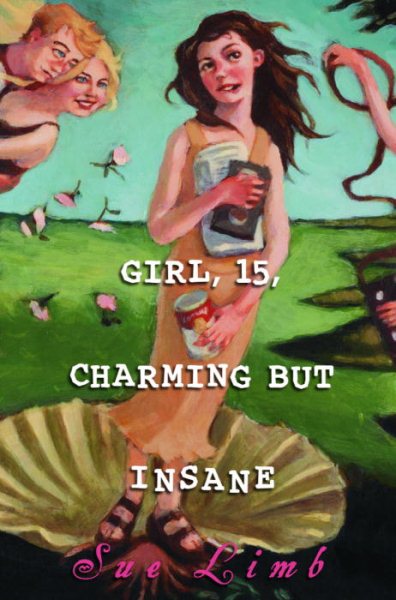 Fifteen-year-old Jess, living with her mum, separated from her father in Cornwall, and with a best friend who seems to do everything perfectly, finds her own assets through humor. Read More
Life was tragic enough before this spring started. With a distinct lack of boobage and an arse so big that birds of prey could nest within its shadows, Jess Jordan is saddled with the Goddess Flora for a best friend, a Britney Spears look-alike so gorgeous that one grain of her divine dandruff could make the blind see again. Jess knows that her soul mate is Ben Jones, a divine mixture of Leonardo diCaprio, Prince William, and Brad Pitt who oozes mystery and charisma. But the campaign to get Ben to notice her brings on a cavalcade of mortification and disaster, including, but not limited to, a minestrone soup explosion that takes place in her bra and a schoolwide viewing of a videotape that features a topless Jess referring to her breasts as “Bonnie” and “Clyde.”Meanwhile, Jess’s death-obsessed Granny moves into her bedroom, along with her grandfather’s remains; her hypochondriac dad, who sends her daily “horrorscopes” like “You will fall asleep with your mouth open, and a family of earwigs will move in,” acts strange about Jess staying with him this summer; and her longtime friend Fred, a television violence addict and closet thumbsucker, has decided that he can’t stand being around her. Jess is determined to make things right . . . but with her offbeat sense of humor and her wildly active imagination, things get complicated along the way. Read Less