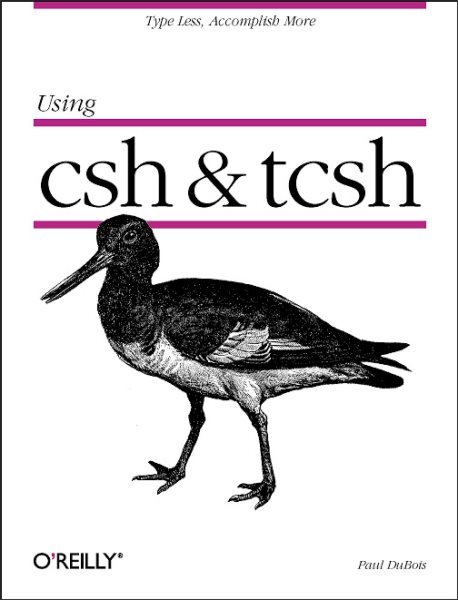 Using csh & tcsh describes from the beginning how to use csh--the standard shell on most UNIX systems--interactively. More importantly, it shows the reader how to get work done faster with less typing. Read More
If you use UNIX, you probably use csh to type commands even if you've never heard of it. It's the standard shell (command line) on most UNIX systems. tcsh is an enhanced version that's freely available and highly recommended.Using csh & tcsh describes from the beginning how to use these shells interactively. More important, it shows how to get your work done faster with less typing. Even if you've used UNIX for years, techniques described in this book can make you more efficient.You'll learn how to:Make your prompt tell you where you are (no more pwd)Use what you've typed before (history)Type long command lines with very few keystrokes (command and filename completion)Remind yourself of filenames when in the middle of typing a commandEdit a botched command instead of retyping itThis book does not cover programming or script writing in csh ortcsh because the tasks are better done with a different shell, such as sh (the Bourne shell) or a language like Perl. Read Less

The Psychic Treatment of Nervous Disorders