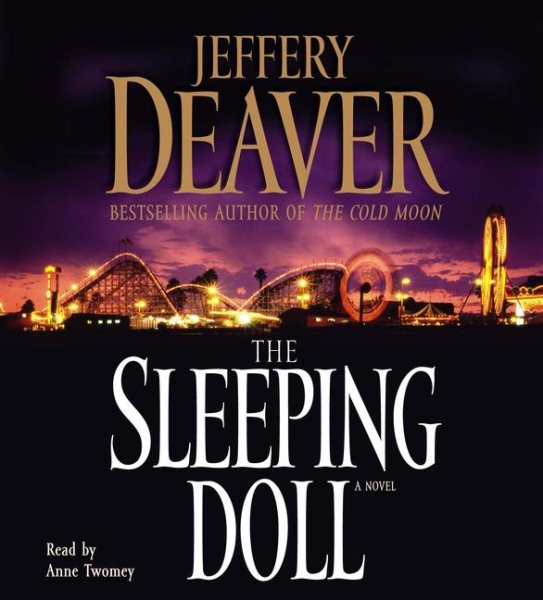 California Bureau of Investigation interrogator and body language expert Kathryn Dance works to recapture a dangerous escaped killer with the help of three victims from his former cult and the lone survivor from a family he slaughtered. Read More
Special Agent Kathryn Dance -- introduced in The Cold Moon -- stars in the latest thriller from New York Times bestselling author Jeffery Deaver.When Special Agent Kathryn Dance is sent to interrogate the convicted killer Daniel "Son of Manson" Pell as a suspect in a newly unearthed crime, she feels both trepidation and electrifying intrigue. Pell is serving a life sentence for brutal murders years earlier that mirrored those perpetrated by Charles Manson in the 1960s. But Pell and his cult members left behind a survivor who -- because she was in bed hidden by her toys -- was dubbed the Sleeping Doll. Pell has long been both reticent and unrepentant about the crime. But Dance sees an opportunity to pry a confession from him for the recent murder -- and to learn more about the depraved mind of this career criminal. But when Dance's plan goes terribly wrong and Pell escapes, leaving behind a trail of dead and injured, she finds herself in charge of her first manhunt. As the idyllic Monterey Peninsula is paralyzed by the elusive killer, Dance turns to the past to find the truth about what Daniel Pell is really up to. She tracks down the now-teenage Sleeping Doll to learn what really happened that night, and arranges a reunion of three women who were in his cult at the time of the killings. The lies of the past and the evasions of the present boil up under the relentless probing of Kathryn Dance, but will the truth about Daniel Pell emerge in time to stop him from killing again? Read Less

Goodreads reviews for The Sleeping Doll: A Novel (Kathryn Dance)

109 East Palace: Robert Oppenheimer and the Secret City of L...

The Sleeping Doll: A Novel