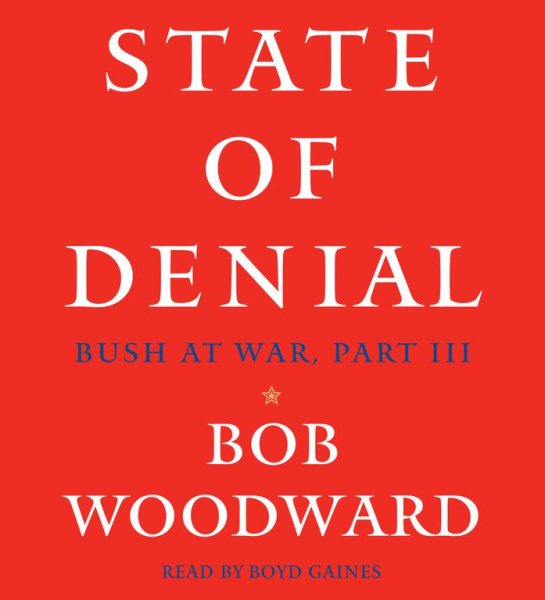 Examines the present state of national security decision-making, discussing how Bush's team at the White House, the Pentagon, CIA, and State Department have attempted to transform warfare; overcome security, intelligence and policy failures; and change the strategy of Iraq's occupation. Read More
THE DETAILED, INSIDE STORY OF A WAR-TORN WHITE HOUSEBob Woodward examines how the Bush administration avoided telling the truth about Iraq to the public, to the Congress, and often to themselves in State of Denial. Woodward's third book on President Bush is a sweeping narrative from the first days George W. Bush thought seriously about running for president, through the recruitment of his national security team, the war in Afghanistan, the invasion and occupation of Iraq, and the struggle for political survival in the second term.State of Denial answers the core questions: What happened after the invasion of Iraq? Why? How does Bush make decisions and manage the war that he chose to define his presidency? And, is there an achievable plan for victory? After more than three decades of reporting on national security decision making, including his two #1 national bestsellers on the wars in Afghanistan and Iraq, Bush at War and Plan of Attack, Woodward provides the fullest account, and explanation, of the road Bush, Cheney, Rumsfeld, Rice and the White House staff have walked. Read Less