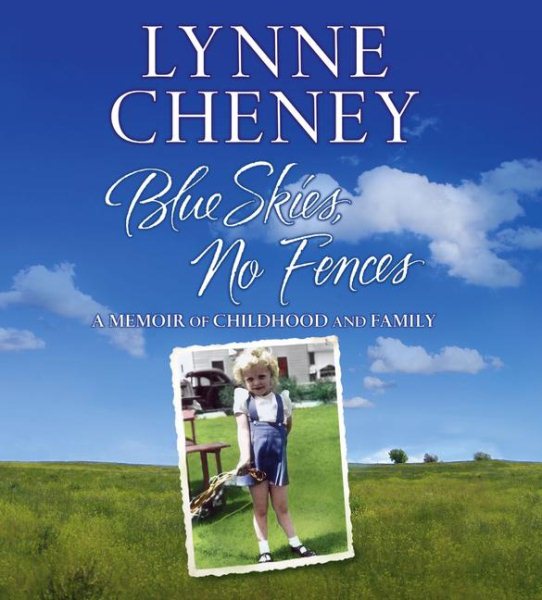 Traces the author's ancestry, as well as that of her vice president husband, from seventeenth-century America through the mid-twentieth century, in a memoir that also describes their youth, marriage, and shared role as parents. Read More
Revisit a time when Americans felt sure of themselves and the future.Home to the Wonder Bar, the Rialto Theater, and Lloyd's Confectionary, Casper was like many small towns in the 1940s -- except it sat on mile-high Wyoming prairie stretching on as far as the eye could see. In this place so full of the sense of possibility, Lynne Cheney grew up listening to Queen for a Day on her family's Zenith radio, playing Wonder Woman with her friends, and dreaming at night that she could fly, soaring upward into the endless blue sky.In this affectionate memoir, she describes a town where little girls wore dresses, but still played rough-and-tumble games and where insightful, caring teachers knew what the children in their classes were capable of and refused to let them fall short. She recalls the resolute women in her family -- in particular, her mother -- who was determined that there would be no limits on her daughter's aspirations. And she recounts her courtship with one of the local daredevils who grew up to be the man she would marry.Drawing on a wealth of sources, Lynne interweaves in her memoir the stories of westward-moving men and women -- Puritans and Mormons, Germans and Scots Irish -- whose journeys brought her family and the vice president's to the high Wyoming plains. Evocative and enlightening, Blue Skies, No Fences recalls an era of immense appeal and sets it within the sweep of American history, reminding us that our lives are intertwined, not only with those who share our years, but with others who lived before us. Read Less

Goodreads reviews for Blue Skies, No Fences: A Memoir of Childhood and Family

When Washington Crossed the Delaware: A Wintertime Story for...

We the People: The Story of Our Constitution