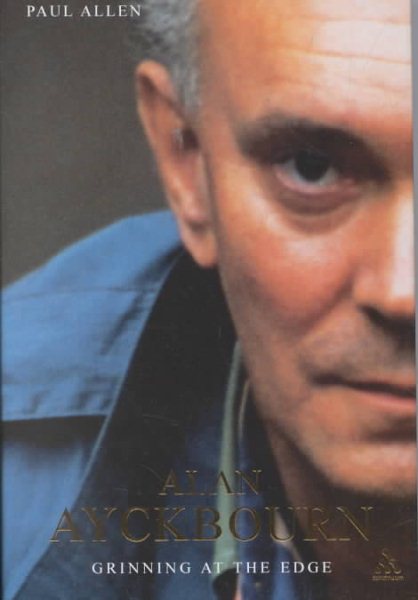 Alan Ayckbourn is Britain's most popular playwright and its most private. He has won numerous a... Read More
Alan Ayckbourn is Britain's most popular playwright and its most private. He has won numerous awards for his plays - including Absurd Person Singular, The Norman Conquests, Just Between Ourselves, A Chorus of Disapproval and Communicating Doors - and has worked with some of theatre's most celebrated names - Jane Asher, Richard Briers, Michael Gambon, Julia McKenzie, Penelope Keith, and Peter Hall. Feted from London to New York to Tokyo, he was knighted in 1997 for his services to the theatre. Yet he spends most of his time away from the limelight in a Yorkshire seaside town not writing at all but running a small repertory theatre.In this biography Paul Allen explores Ayckbourn's family background, looking at his unsettled and sometimes solitary childhood. There follows a hasty first marriage, the often farcical life of a frustrated young actor, and the setbacks and false dawns endured by the novice writer before he became the great comic hitmaker of the 1970s. Audiences since have been literally falling into the aisles or overloading theatre PA systems with the volume of their laughter, even as they register the seriousness of his preoccupation with man's inhumanity to woman. With the first-hand testimony of scores of colleagues who have worked with Ayckbourn at length in Scarborough as well as the more celebrated London collaborators, Allen traces the development of his more savagely comic critique of public life in the 1980s and '90s.This is a portrait of a man who - from Relatively Speaking in 1965 to his double play House and Garden at the National Theatre in 2000 - has chronicled human behavior, our aspirations and insecurities, while shaping the theatrical experience of millions. Read Less

Goodreads reviews for Alan Ayckbourn: Grinning at the Edge

Idea Man: A Memoir by the Cofounder of Microsoft

Artist Management for the Music Business