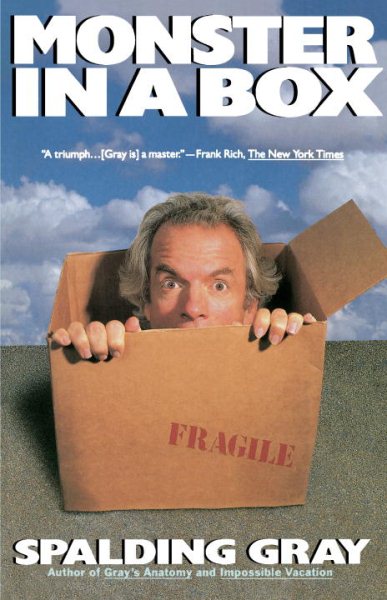 In book form for the first time, the author's monologue follows his experiences as he travels the world--from Nicaragua to Moscow to Los Angeles--during a bad case of writer's block, all the while carrying with him the large manuscript of his unfinished novel Read More
For some time now, writer-actor-performance artist Spalding Gray has been carrying around with him a monster: a manuscript of a novel called Impossible Vacation, a book that at last sighting weighed in at about 1,800 pages. Monster in a Box is a guided tour between the stations of his writing block, which include a field trip to Nicaragua, a disastrous guest appearance at the Moscow film festival, and a stint in Los Angeles hunting down the fabled few who have never written a screenplay. Hilarious and poignant, Monster in a Box is further proof that Gray has not only captured the dangerous spirit of our age but swallowed it whole. Read Less

Goodreads reviews for Monster in a Box