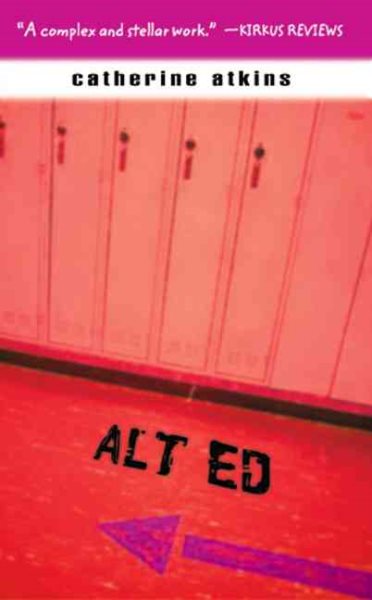 Participating in a special after-school counseling class with other troubled students, including a sensitive gay classmate, helps Susan, an overweight tenth grader, develop a better sense of herself. Read More
Susan Calloway, bullied and overweight, faces daily humiliation at the hands of her classmates?and she?s had enough. With her anger about to reach the boiling point, Susan lands in an alternative education class, a sort of group therapy for the nearly expelled. School is bad enough, but facing off with five peers, including her cruelest tormentor, is worse. Now Susan is being forced to do something she?s always avoided?talk about herself and listen to what other people have to say about her. She has two choices: find her voice, or be prepared to take the insults in silence. It won?t be easy, but alt ed may be just the last resort Susan needs. ?Carefully nuanced connections between characters plus insight into the adolescent ability to use low self-esteem as a cruel weapon catapults Atkins?s novel of troubled teens well above the familiarity of its trappings. Each of Atkins?s characters emerges, fully formed from these pages.? ?Publishers Weekly, starred review Read Less

A Taste of Hawaii: New Cooking from the Crossroads of the Pa...

The Nonexistent Knight and The Cloven Viscount