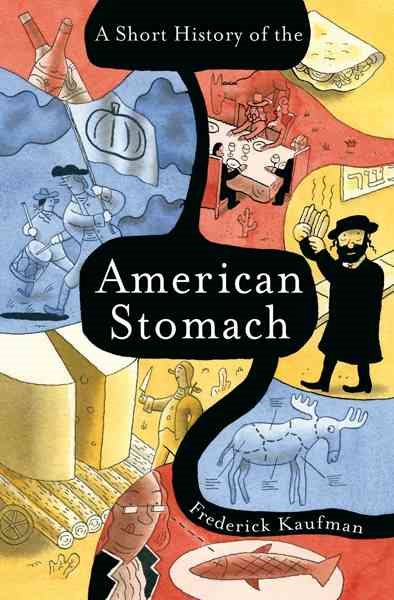 Traces the history of food and the ethics of eating in America from the Puritans to the present day, discussing such topics as colonial epicures, diet gurus of the nineteenth century, and the current production of bio-engineered foods. Read More
The extremes of American eating—our separate-but-equal urges to stuff and to starve ourselves—are easy to blame on the excesses of modern living. But Frederick Kaufman followed the winding road of the American intestine back to that cold morning when the first famished Pilgrim clambered off the Mayflower, and he discovered the alarming truth: We’ve been this way all along. With outraged wit and an incredible range of sources that includes everything from Cotton Mather’s diary to interviews with Amish black-market raw-milk dealers, Kaufman offers a highly selective, take-no-prisoners tour of American history by way of the American stomach. Travel with him as he tracks down our earliest foodies; discovers the secret history of Puritan purges; introduces diet gurus of the nineteenth century, such as William Alcott, who believed that Ònothing ought to be mashed before it is eatenÓ; traces extreme feeders from Paul Bunyan to eating-contest champ Dale Boone (descended from Daniel, of course); and investigates our blithe efforts to re-create plants and animals that we’ve eaten to the point of extinction. Read Less

Goodreads reviews for A Short History of the American Stomach

The Money Plot: A History of Currency's Power to Enchant, Co...

Bet the Farm: How Food Stopped Being Food