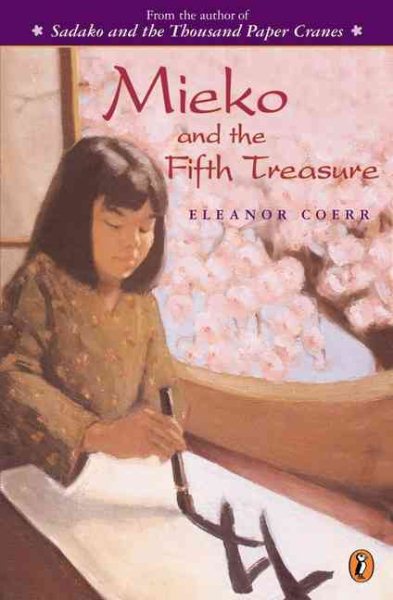 Staying with her grandparents after the atomic bomb has been dropped on Nagasaki, ten-year-old Mieko feels that happiness is gone forever and she will no longer be able to produce a beautiful drawing for the contest at school. Read More
When the bomb was dropped on Nagasaki, Mieko's nearby village was turned into ruins, and her hand was badly injured. Mieko loves to do calligraphy more than anything, but now she can barely hold a paintbrush. And she feels as if she has lost something that she can't paint without-the legendary fifth treasure, beauty in the heart. Then she is sent to live with her grandparents and must go to a new school. But Mieko is brave and eventually learns that time and patience can help with many things, and may even help her find the fifth treasure. Read Less

Goodreads reviews for Mieko and the Fifth Treasure

Buffalo Bill and the Pony Express (I Can Read Level 3)

Sadako and the 1000 Paper Cranes