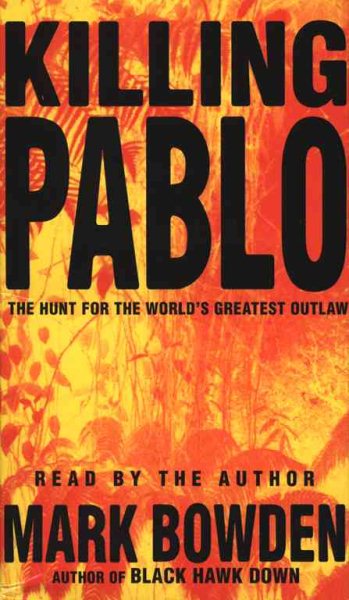 Reveals the inside story of how U.S. special forces and intelligence agencies led the largest manhunt in history to capture Colombian cocaine cartel kingpin Pablo Escobar. Read More
Includes enhanced CD with exclusive video of the actual hunt for Pablo Escobar On July 22, 1992, Colombian druglord Pablo Escobar walked out of the luxurious prison he built for himself and disappeared into the Colombian jungle. His audacious escape destroyed the nation's tenuous ceasefire with its infamous narcos, and pushed it into open war with the Medellin Drug cartel. Over the coming days and weeks, the United States launched a joint military and intelligence operation with the Colombian government, assembling a team of expert personnel and an arsenal of state-of-the-art weaponry and surveillance technology the likes of which the world had never seen. Their mission: to track down Pablo. But this time, they knew it would not be enough to just capture Escobar. This time, they would have to finish the job. This time, they were going to kill him. Killing Pablo is the inside story of the brutal rise and violent fall of Colombian cocaine cartel kingpin Pablo Escobar. Bowden's gripping narrative sounds as if it were torn from the pages of a military technothriller. Action-packed and unputdownable, Killing Pablo is a tour de force of investigative journalism and a stark portrayal of rough justice in the real world. Read Less