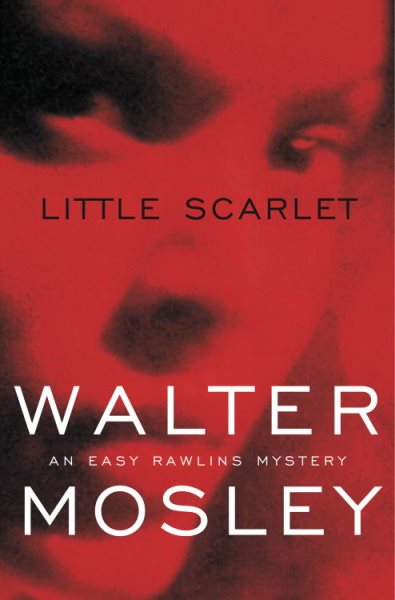 When a man who fled the 1965 Watts riots is suspected of killing a woman in a nearby apartment building, Easy Rawlins begins a murder investigation and learns that the case has sobering racial origins. Read More
Easy Rawlins returns to solve a mystery set amid the flames of the hottest summer L.A. has ever seen.Just after devastating riots tear through Los Angeles in 1965 - when anger is high and fear still smolders everywhere - the police turn up at Easy Rawlins's doorstep. He expects the worst, as usual. But they've come to ask for his help.A man was wrenched from his car by a mob at the riots' peak and escaped into a nearby apartment building. Soon afterward, a redheaded woman known as Little Scarlet was found dead in that building - and the fleeing man is the obvious suspect. But the man has vanished.The police fear that their presence in certain neighborhoods could spark a new inferno, so they ask Easy Rawlins to see what he can discover. The vanished man is the key, but he is only the beginning. Easy enlists the help of his longtime friend Mouse to break through the shroud. And what Easy finds is a killer whose rage, like that which burned in the city for weeks, is intrinsically woven around deep-set passions - feelings echoed within Easy himself.Rawlins's hunt for the killer reveals a new city emerging from the ashes, with the promise of a new life for Easy, Mouse, and his old friends Jackson Blue and Jewelle. Read Less

Down the River unto the Sea