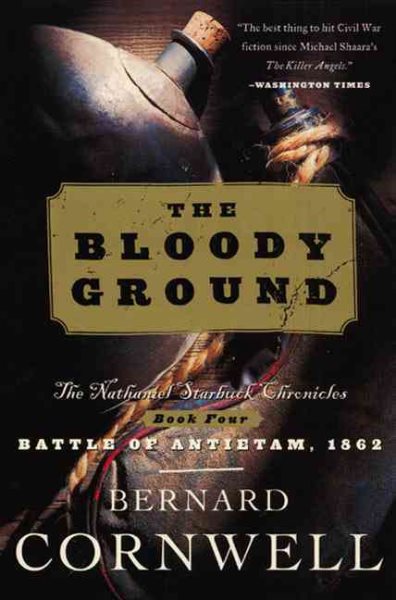 Commanding a Confederate punishment battalion, renegade Yankee Nate Starbuck leads a motley crew across the Potomac to join the Confederacy's first invasion of the northern states, where he encounters a bloody situation near Antietam Creek. Reprint. 15,000 first printing. Read More
From New York Times bestselling author Bernard Cornwell, comes the fourth installment in The Starbuck Chronicles, an exciting novel which vividly captures the horror of the battle field. It is late summer 1862 and the Confederacy is invading the United States of America.Nate Starbuck, a northern preacher’s son fighting for the rebel South, is given command of a punishment battalion – a despised unit of shirkers and cowards. His enemies expect it to be his downfall, as Starbuck must lead this ramshackle unit into a battle that will prove to be the bloodiest of the Civil War. Read Less

Goodreads reviews for The Bloody Ground (The Starbuck Chronicles, Book 4)