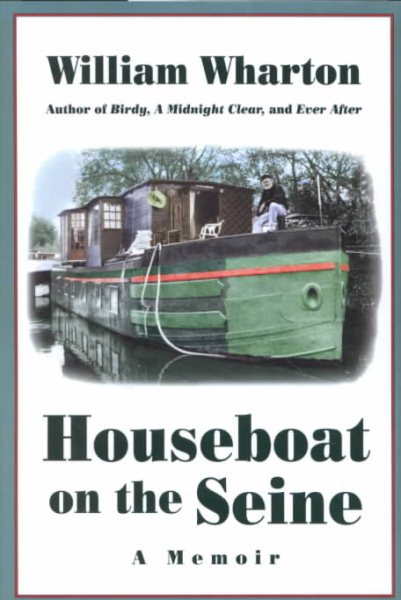 The author reflects on his family's decision to live on a houseboat on the Seine, detailing the renovation of a crippled vessel, the excitement and adventure experienced by his family, and the French lifestyle Read More
Before he ever wrote or published his first book (Birdy), William Wharton had moved from Los Angeles to Paris and was making a modest living as a painter. His wife, Rosemary, taught kindergarten at the American School there and had a friend who happened to live on a houseboat.What a romantic notion, living on a houseboat in Paris!Although the idea was bewitching to his wife and family, the actual business of moving onto a boat in the middle of the Seine seemed out of the question, absurd.Until one suddenly becomes available.Everyone in the family had quite happily been living in a small apartment in Paris and was very mobile: Paris in spring and fall, Bavaria in summer and for Christmas, then southern Spain for winter.But just smell the air, Dad, how great it would be.In a final attempt to make everyone happy - and forget the whole thing - Wharton decides to offer a ridiculous, insultingly low offer for a boat that is in actuality nothing more than a crippled wooden hulk.And the bid is accepted!So for the next three months, painting - as well as reality itself - is suspended in the interest of romance, excitement, adventure, witchcraft, and building a houseboat on the Seine. William Wharton's exuberant tenth book - and second memoir - follows a determined artist, the boat he salvages, and the people who help his sometimes conflicted dream. It is the story of the undaunted French engineer M. Teurnier, who raises the boat from the river, and in a feat of engineering whimsy, floats it on a steel hull while his eleven-year-old daughter acts as an English translator. It is a portrait of French life as seen with Wharton's keen eye for detail and color. And it is the story of a family, where a father looks back with wisdom, pride, and humor at the hurdles his wife and four children have encountered and overcome. Finally, however, A Houseboat on the Seine is about home, finding one, making one, and keeping one for over twenty-five years, even if it does happen to be in the least likely of places. Read Less

Goodreads reviews for Houseboat on the Seine: A Memoir