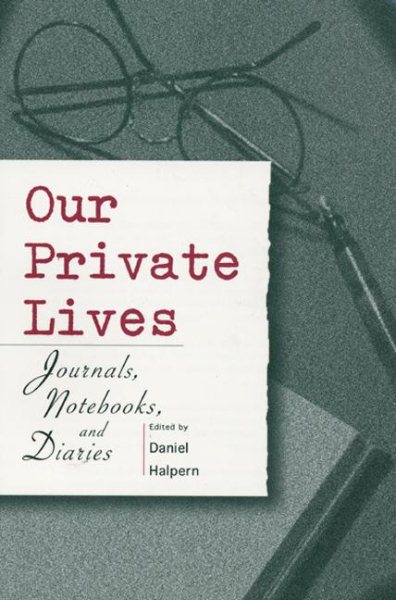 Gathers selections from the journals of Annie Dillard, M.F.K. Fisher, Robert Frost, Norman Mailer, Thomas Merton, V.S. Naipaul, Joyce Carol Oates, Mordecai Richler, and Stephen Spender Read More
Journals and diaries are the most intimate form of writing. But by defintion, these wellsprings of self-reflection are meant for the writer's eye alone, depriving the reading public of insight into a crucial step in the creative process. This invaluable anthology, re-issued by Ecco, gathers the private thoughts of many of the most praised novelists, essayists, and poets (and one American president) of our time and exposes the writerly sensibilty at its purest, freshest, and least constrained. Paul Bowles observes the daily violence in his quarter of Tangier. Lawrence Durrell muses on the orgasm -- "the heart's pacemaker." Dmitri Nabokov records his vigil at his father's deathbed. And Edna O'Brien gossips snidely about the literary gossips of London. Witty, eloquent, sardonic, or pleasingly mundane, these forty selections pierce the writers' solitude and allow us to enter their very private world. Read Less

Goodreads reviews for Our Private Lives