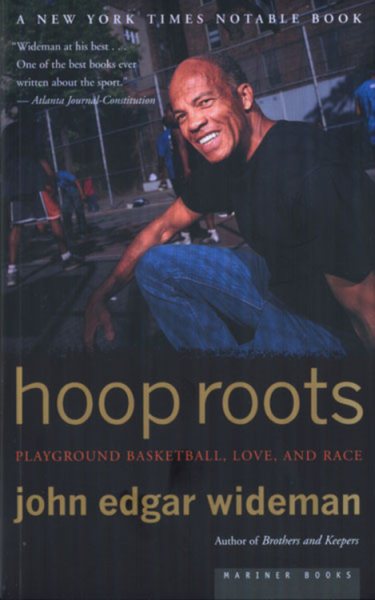 The author recalls his experiences playing basketball with whites and African Americans in the Homewood section of Pittsburgh, describing how African Americans slowly but surely changed the nature of the sport. Read More
A multilayered memoir of basketball, family, home, love, and race, John Edgar Wideman&apos;s Hoop Roots brings "a touch of Proust to the blacktop" (Time) as it tells of the author's love for a game he can no longer play. Beginning with the scruffy backlot playground he discovered in Pittsburgh some fifty years ago, Wideman works magical riffs that connect black music, language, culture, and sport. His voice modulates from nostalgic to outraged, from scholarly to streetwise, in describing the game that has sustained his passion throughout his life. Read Less

Fatheralong: A Meditation on Fathers and Sons, Race and Soci...