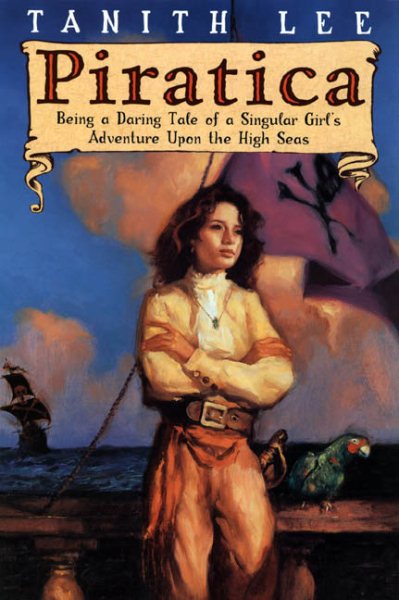 Young Artemesia, the daughter of a pirate queen, gets more than she bargained for when she escapes from a finishing school and commands her mother's old crew to take to the open seas. Read More
Artemesia is the daughter of a pirate queen, and she's sick of practicing deportment at the Angels Academy for Young Maidens. Escaping from the school, she hunts up her mother's crew and breezily commands them out to sea in a leaky boat. Unfortunately, Art's memories of her early life may not be accurate-her seasick crew are actors, and Art's infamous mother was the darling of the stage in a pirate drama. But fiery, pistol-proof Art soon shapes her men into the cleverest pirate crew afloat. And when they meet the dread ship Enemy and her beautiful, treacherous captain, Goldie Girl, Art is certain that her memories are real. The Seven Seas aren't large enough for two pirate queens: Art will have the battle of her life to win her mother's title--and the race for the most fabulous treasure in pirate lore. This gaudy, outrageous tale sparkles with swordplay, skullduggery, and salty language--not to mention over-the-top comedy! Read Less

Goodreads reviews for Piratica: Being a Daring Tale of a Singular Girl's Adventure Upon the High Seas