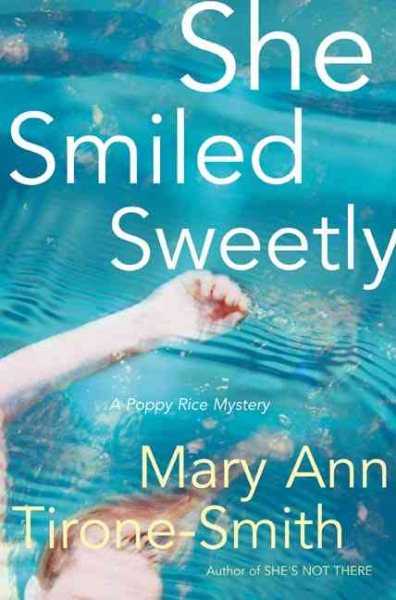 The discovery of an unidentified pregnant woman whose body washes ashore on a rocky Boston beach sends FBI agent Poppy Rice on a quest to uncover the truth about the crime, which is linked by DNA to a similar drowning thirty years earlier. Read More
When the body of a young, pregnant woman washes ashore on a stretch of barren beach at Boston Harbor, Boston homicide detective Rocky Patel writes to FBI agent Poppy Rice for help in identifying the Jane Doe. But the crime lab comes up empty, and not until a year and a half later does an anonymous tip to the Boston PD reveal the woman to be the wayward daughter of a prominent, Irish-American political family.Just days before the ID, an Irish-born Boston fire marshal (and old flame) asks Poppy to look into another case. It seems that more than thirty years earlier, a pregnant woman's corpse was discovered on the island of Inishmore. A group of women, led by the fire marshal's mother, secretly buried the body (the church would not have allowed burial in consecrated ground) but saved a lock of the dead girl's hair. The marshal, knowing Poppy is better than he is at cutting through red tape, appeals to her on his mother's behalf. She agrees to set up a DNA test, which soon confirms her gut feeling that the two drownings, while separated by thirty years and an ocean, are somehow linked.Teaming up with the inimitable Rocky Patel, Poppy sets out in search of truth and justice and instead finds herself ensnared in a web of political deceit, family intrigue, and out-and-out bad guys. As always, she rises to the occasion. Read Less

Goodreads reviews for She Smiled Sweetly: A Poppy Rice Mystery

Girls of Tender Age: A Memoir

Girls of Tender Age: A Memoir

Lament for a Silver-Eyed Woman