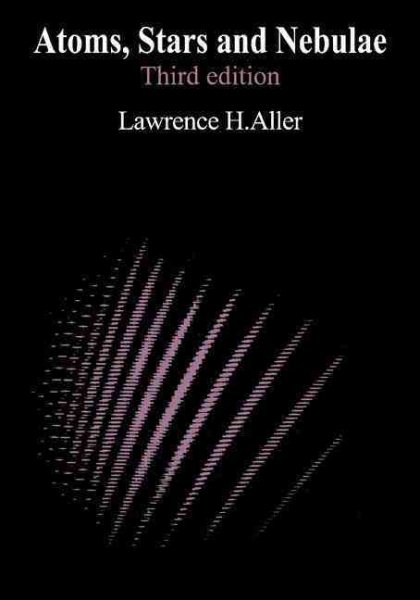 A semi-popular account of stars and gaseous nebulae, treating topics such as stellar evolution, the origin of elements, supernovae and cosmic rays. Read More
In a nontechnical fashion, this book tells the story of how astronomy and physics work together to unravel many mysteries of stars and nebulae. Professor Aller's descriptions stress deeper understanding of these objects, not just a mere review of facts. After a succinct, nonmathematical excursion into the principles of radiation and atomic structure, he explains in simple terms the physical processes at work in stars and gaseous nebulae. A survey of masses, dimensions, luminosities, temperatures, and chemical compositions of stars is followed by an exploration of their interiors and how stars generate energy. The life histories of stars, from origin through final demise, sometimes through variability to beautiful nebulae, sometimes via violent explosions as supernovae, is recounted in detail. The exotic life histories of many double stars, some of which produce novae, are also described, and the origins of chemical elements in dense stellar cores and the vital role played by gas and dust between the stars is explained. The book closes with an account of the exciting new field of high-energy astronomy and the origin of cosmic rays. This is the ideal introduction to the important field of modern astrophysics for physics and astronomy students. It should also appeal to amateur astronomers interested in the life history of a star, be it a modest one such as our sun or a massive object destined to become a supernovae. Read Less

Astrophysics: Atmospheres of the Sun and Stars