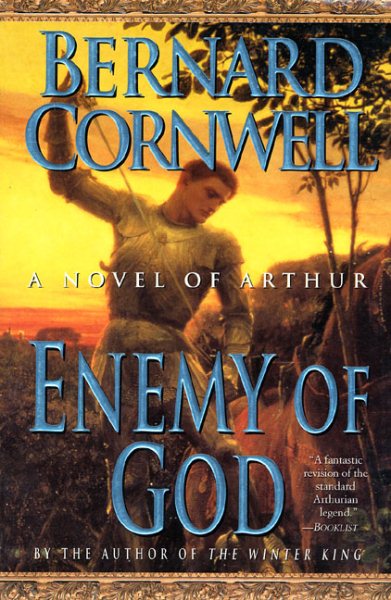 Follows the life of King Arthur as he settles uneasily into Mordred's throne, with his kingdom still unbalanced by Merlin's ceaseless quest for a priceless treasure and threatened by enemies posing as friends Read More
With The Winter King, the first volume of his magnificent Warlord Chronicles, Bernard Cornwell established himself as the storyteller who could reinvent the legend of King Arthur for our time.Now with Enemy of God, Cornwell's magical re-creation continues. Having defeated the last holdouts of civil war in southern Britain, Arthur has secured Mordred's throne. But he must still face raging conflicts between the old ways and the new, as well as foes more powerful and more dangerous--because they pose as friends. Brilliantly written and peopled with the familiar faces of legend along with new ones, Enemy of God is an immensely powerful continuation of a modern classic. Read Less

Goodreads reviews for Enemy of God (The Arthur Books #2) (NO. 2)