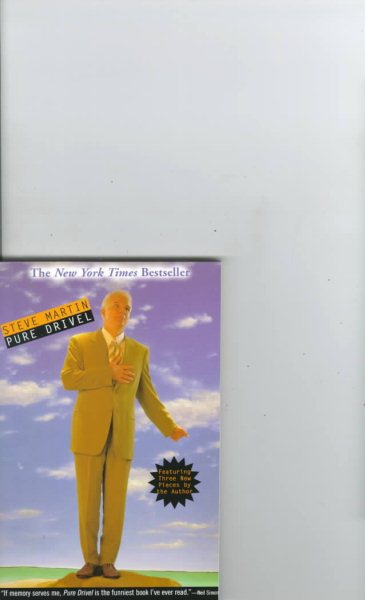 A collection of humorous writings by the popular actor-comedian includes pieces of giddy slapstick mixed with intelligently ironic insights Read More
Steve Martins talent has always defied definition: a seasoned actor, a razor-sharp screenwriter, an acclaimed playwright, and, of course, the ingenious comedian who turned King Tut into a national craze. In this widely praised collection of humourous riffs, Martin shows he is also a master of the written word. From a wildly imaginative meditation on who Lolita would be at age fifty to a send-up of the warning labels on medicine bottles, these pieces, many of which first appeared in The New Yorker, hilariously and intelligently skewer the topic at hand. Pure Drivel will have readers crying with laughterand marveling that in addition to all of his many talents, Steve Martin is also a superb writer. Like the fuzzy little puff of marabou on the instep of a coquettes satin bedroom slipper... Martins book of diminutive, often hilarious essays [is]... effortless and silly even as its subtly erudite. ˜ Salon Martin is a gorgeous writer capable of being at once melancholy and tart, achingly innocent and astonishingly ironic. He is a master at revealing the surreal poetry in pure drivel. ˜ Elle Read Less