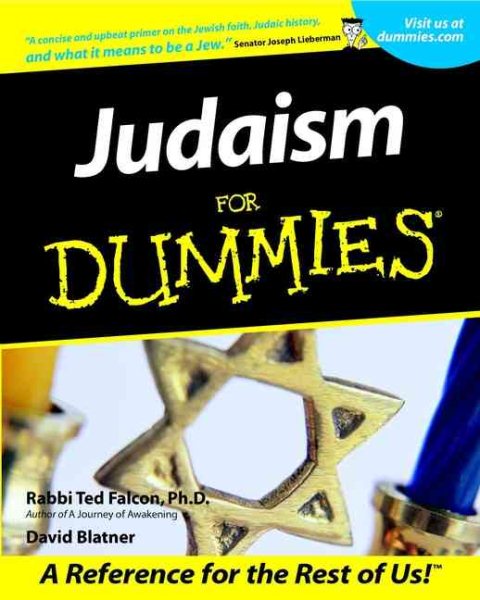 Discusses the difference between reform, conservative, and orthodox Judaism; provides a detailed look at the various Jewish holidays; and discusses Judaism's fundamental beliefs, rituals, and tenets. Read More
Judaism isn’t a race or even a particular culture or ethnic group. There are about 13 or 14 million Jews spread around the world, including about 6 million in the United States and about 5 million in Israel – so Judaism clearly isn’t “a nation.” So what does it mean to be Jewish? Here are the basics:Being Jewish (being “a Jew”) means you’re a Member of the Tribe (an M-O-T). The tribe started with a couple named Abraham and Sarah about 4,000 years ago, it grew over time, and it’s still here today. You can become part of the Jewish tribe in two ways: By being born to a Jewish mother or joining through a series of rituals (called converting).Judaism is a set of beliefs, practices, and ethics based on the Torah. You can practice Judaism and not be Jewish, and you can be a Jew and not practice Judaism.Whether you're interested in the religion or the spirituality, the culture or the ethnic traditions, Judaism For Dummies explores the full spectrum of Judaism, dipping into the mystical, meditative, and spiritual depth of the faith and the practice. In this warm and welcoming book, you'll find coverage ofOrthodox Jews and breakaway denominationsJudaism as a daily practiceThe food and fabric of JudaismJewish wedding ceremoniesCelebrations and holy days4,000 years of pain, sadness, triumph, and joyGreat Jewish thinkers and historical celebritiesJews have long spread out to the corners of the world, so there are significant Jewish communities on many continents. Judaism For Dummies offers a glimpse into the rituals, ideas, and terms that are woven into the history and everyday lives of Jewish people as near as our own neighborhoods and as far-reaching as across the world. Read Less

Goodreads reviews for Judaism For Dummies

The Joy of Pi